One TinyTeX user complained that it was not obvious in the manual to him that he needed tinytex::install_tinytex() to install TinyTeX. Then my biggest helper Christophe Dervieux (@cderv) replied him in the Github issue and told him this instruction was in the first code block in the first section of the TinyTeX documentation. This user felt the message in the reply was like:

It’s there, dummy, so why didn’t you find it?

When I saw the new messages in the Github issue, I was very surprised. As I said, Christophe is a super kind person, and that user certainly misunderstood him. I felt some gun powder in the air.

The lengthy tlmgr manual was one of the two motivations of TinyTeX: I wished the TinyTeX documentation would be short enough, but… facepalm! I didn’t know how I could improve the documentation to make tinytex::install_tinytex() more prominent, so I asked for his suggestion. I could have yelled that “you would find it if only you had 30 seconds’ patience for RTFM”, but such a reaction would be lose-lose.

Eventually he admitted the documentation was clear, and the thing he was looking for was right in front of his nose.

With just a little bit more patience (the author doesn’t blame the user too soon, nor does the user complain too soon), we can turn the lose-lose situation to win-win. 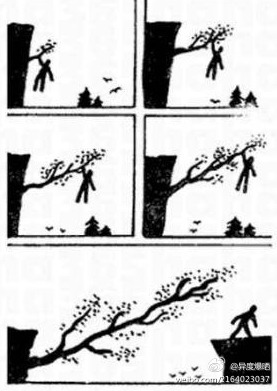