Two issues appeared on Github, and I—
I merged the PR that looked obviously correct,
And that has made all the difference.

I plan to make a breaking change in knitr, but have not decided the timeline and would appreciate your feedback. I do not know how many users will be affected by this change. Basically, I’m hoping to make the chunk delimiters ```{r} and ``` match more strictly in R Markdown documents:

It should be unlikely for this change to affect you if you have been using the keyboard shortcut Ctrl (Cmd) + Alt + I to insert code chunks into R Markdown in RStudio, and do not indent or quote code chunks. However, if you have been manually typing the backticks, chances are you may have extra backticks or spaces in the chunk delimiters.

To verify, you may install the development version of knitr and compile your R Markdown documents:

If you have problematic code chunks, you will see a warning or error message like this:

The closing backticks on line 292 ("````") in foo.Rmd do not match the opening backticks "```" on line 285. You are recommended to fix either the opening or closing delimiter of the code chunk to use exactly the same numbers of backticks and same level of indentation (or blockquote).

Then you can find the problematic lines in your document and fix them.

It did not work in knitr because

Atsushi fixed both problems in the PR. I thought it was great, and did not know why I had never paid attention to the first problem before. Perhaps it was rare. Anyway, “obviously” the chunk delimiters should match in the numbers of backticks, so I continued to tighten Atsushi’s work, not only to make the numbers of backticks match, but also the levels of indentation match (if the code chunk is indented).

After I finished checking the strong reverse dependencies of knitr, I discovered two packages in which their vignettes contain malformed code chunks like this:

At 11:00pm that night, I received an email from another package author, who had worked under pressure for several days to fix a problem in his package to meet CRAN’s deadline, and found a check warning about a package vignette appeared in his newly released package on CRAN since he made the release just several hours before me. Understandably, he was not happy about this knitr release, because I failed to discover the problem.

More precisely speaking, I underestimated the chance for people to type extra backticks or spaces or tabs in the chunk delimiters. Anyway, it was all my fault. I quickly patched knitr, made another release at 1am, explained to CRAN maintainers that this release was a urgent one, and waited until 3am because CRAN also had to check the reverse dependencies, which could take a few hours. At 5am, one CRAN maintainer approved it.

Not the end yet

The patch release allowed for unmatched indentation of chunk delimiters, which suppressed the error in the aforementioned package author’s vignette. I naively thought people would only type spaces by accident. Two days later, I received an email from a CRAN maintainer telling me that the latest release of knitr seemed to have caused warnings in 38 additional packages.

After investigation, I realized that it was also common for people to type extra backticks. By the next morning when I got up, CRAN had notified these package authors and requested them to fix the issues. I did not expect to cause the trouble, and was thinking of making another patch release to suppress the warnings temporarily. But since these issues have to be fixed someday, and CRAN had sent out the notifications, I did not make the patch release, but took the time to fully investigate how many CRAN packages contain unbalanced chunk delimiters.

I found 82 (out of 6500+) in the next few days, and notified their maintainers about this upcoming change. You may take a look at all these unbalanced chunk delimiters, and I bet all extra characters (spaces or backticks) are by accident. For packages that I could easily find the source repositories on Github, I have sent pull requests to fix the problems. This is definitely not the end, because there are probably millions of R Markdown documents in the wild, and some of them may have the same problems.

This change was not purely for cosmetic purposes but had a deeper motivation. That is, I was hoping that any number of backticks could freely appear in code chunks, which was not possible before, because as soon as knitr sees three or more backticks on a line, it would treat this line as the ending of a code chunk.

With the new constraint imposed on the chunk closing delimiters (i.e., they must match the opening delimiters), knitr’s language engines can be more powerful and useful. For example, in the current development version of knitr, I just added a comment engine, so that you could comment out arbitrary content in R Markdown, e.g.,

Currently I’m also thinking of providing a verbatim engine in knitr so that you can write verbatim R Markdown content more conveniently and will not need to apply dirty hacks. Again, this would not be possible without the new constraint on the closing delimiters.

At this point, I’m trying to signal a warning if unbalanced chunk delimiters are detected, but they still work fine. In the case of R CMD check not running on CRAN, I will throw an error instead, so package authors can fix this problem before they submit to CRAN. I hope this strategy is acceptable to users and package developers. If not, please feel free to let me know. 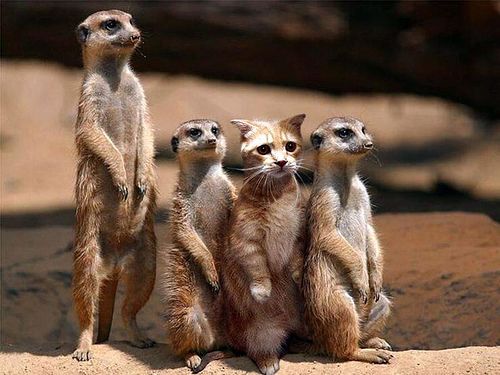 I will truly appreciate it if knitr and R Markdown users could take the coming year to correct the unbalanced chunk delimiters, so we could unlock more power from knitr.

A lion looking at you and ready to leap

Someone turning a tank

That guy parked the tank, climbing down

A man standing on a bulldozer

It must be extremely windy that day…

You are welcome to submit more for exhibition.