Last week I read an article on Medium.com criticizing Medium.com (the fact that it was published on Medium sounded quite amusing to me). I have never truly understood the huge success of Medium. When it was born, it seemed to be “yet another WordPress.com or Blogger.com or MSN Space” in my eyes, with two major differences. One is its fresh-looking style. The other is the tools for user/reader engagement.

I guess the following three CSS attributes can explain half of Medium’s success:

That is, Medium uses a custom typeface medium-content-serif-font (and will fall back to Georgia and other serif fonts), a large font size that is not too commonly seen on the web (21px), and a large line height.

Claps may explain the other half of Medium’s success. Traditional social media platforms invented the thumb-ups and like buttons. Medium invented claps. I’m waiting for the next platform to invent hat-off claps, bows, hugs, or maybe even blow kisses.

Think about it. Thumb-ups, likes, favorites, red hearts (Twitter, you won, at least before Medium came), claps. It seems we are making a certain kind of progress to show stronger and stronger emotions. The only problem is, they are all virtual, and require little physical effort—any fingers, fat or not, can do it.

I’m not saying these reactions are useless, or authors should absolutely get rid of their vanity (I haven’t). What I want to express from my observations are:

The general problem with the web today is that there are too many candies to engage both authors and readers, and too few carrots to protect our teeth and maintain a balance in our nutrition.

Where to blog, then?

The Medium post didn’t give recommendations on the alternative platforms for blogging. I don’t intend to recommend blogdown here because it is not the key. The only key is that you should have enough control over your platform. For example, you should be able to decide whether to put ads or banners on your blog, which theme you want to use (if not totally satisfied, you should be able to modify its CSS freely), and how to distribute your content (RSS? Mailing list? Twitter?).

Basically, I recommend hosting a website by yourself, and I believe static sites are far easier now (at least they are becoming easier). When you use a third-party service, even if it is free, there is a potential problem: they might be selling you and your content indirectly. 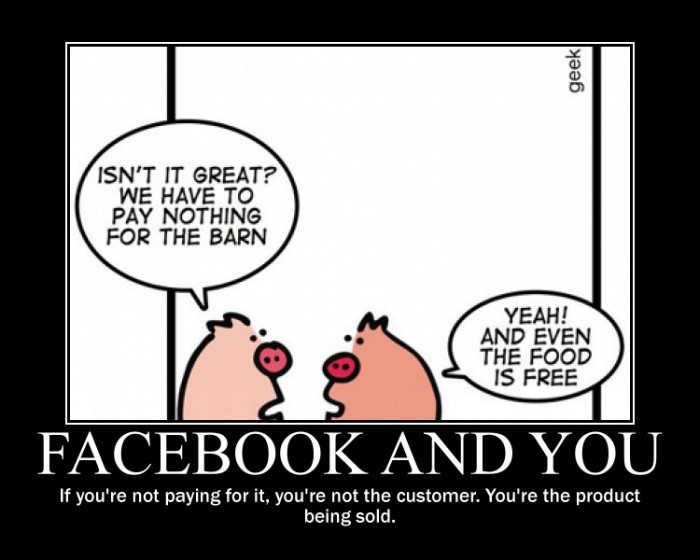 P.S. The Consequence of the Death of Google Reader

I cannot help missing Google Reader whenever thinking about this world of social media, in which industry leaders have always been trying to manipulate us with means that human beings can never counterattack and even cannot notice. The reason I miss Google Reader is that it was a service with which we could actively choose the content we want to read. After Google Reader died, RSS almost died (I switched to Feedly). The infinite scrolling replaced RSS.

It is bottomless. You no longer have control over what you want to read. The app or the website will keep pushing new content to you. If you don’t like the content, they are able to make you like it soon (partly because you have submitted your data of personal preferences to them for free by hitting the like buttons). Even when you don’t like a presidential candidate, they may be able to change your mind because they control what you see on the web.

I guess Google shut down Google Reader not because “the product had a declining following”, but because it gave users full control of what they wanted to read, which means there was no way to push irrelevant content to users. Then Google went to the social media battlefield and bet on Google+. Thank goodness that Google+ eventually died. No one seemed to miss Google+ at all, whereas tons of people still miss Google Reader like me.

By shutting down Google Reader, the “Don’t Be Evil” Google essentially destroyed our good online reading habit. Since then, we have been trained to embrace noise and distractions. Reading is no longer a private process primarily driven by oneself. Someone else decides what you should read, and motivates you to motivate the content generators (whom we used to call “authors”).

Medium’s RSS is a mess, as indicated by the aforementioned post. I guess that is because Medium just doesn’t want you to read an article quietly by yourself in your RSS reader: you ought to go to the bazaar, see what other people highlight or quote or tweet, hear what other people say, be engaged in the interactions, and clap your paws.