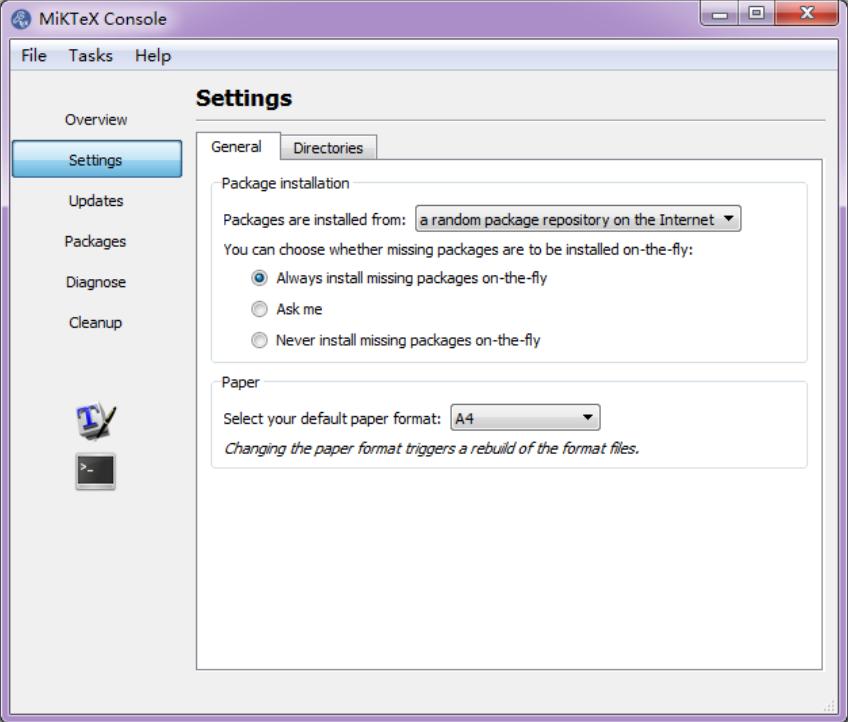 From the viewpoint of the developer, it is absolutely the right thing to do to ask users before installing the missing LaTeX packages. However, from the viewpoint of users, I guess 99.99% of users will agree to install the missing packages. What would you do otherwise in this case? Just stare at the screen, let LaTeX fail, and feel the miserable life? I don’t think you want to do that. Convenience outweighs the potential risk of letting certain software install (random) packages automatically in this case.

The rmarkdown bug #1285 once again confirmed that TinyTeX could be a better option than MiKTeX on Windows. Although it was not MiKTeX’s fault in this case, MiKTeX’s pdflatex fails when called via system2('pdflatex', 'test.tex', stdout = FALSE) in the R console in RStudio, even though system2('pdflatex', 'test.tex') succeeds, which is a really weird bug that took me a long time to realize. By comparison, TinyTeX’s pdflatex works just fine.