Maëlle Salmon announced her “new session” (a cute newborn) on Twitter, and I was delighted and honored to see the knitr hex logo on her blanket. Welcome to the woRld, little Émile! 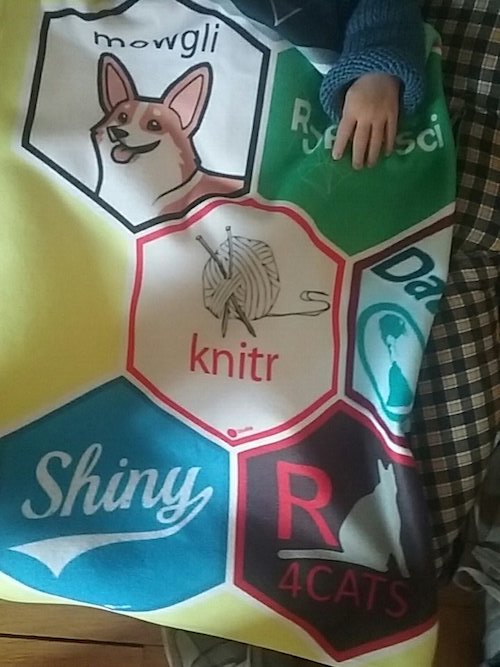 That reminded me of a few other joyful moments. Occasionally, I receive thank-you notes and gifts from users, such as this card in a package: 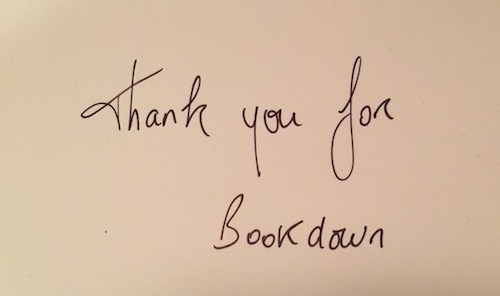 this note in a bookdown report: 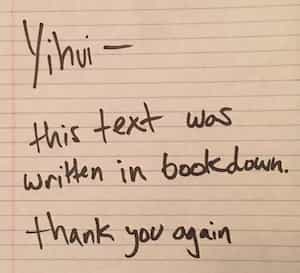 and this picture in an email: 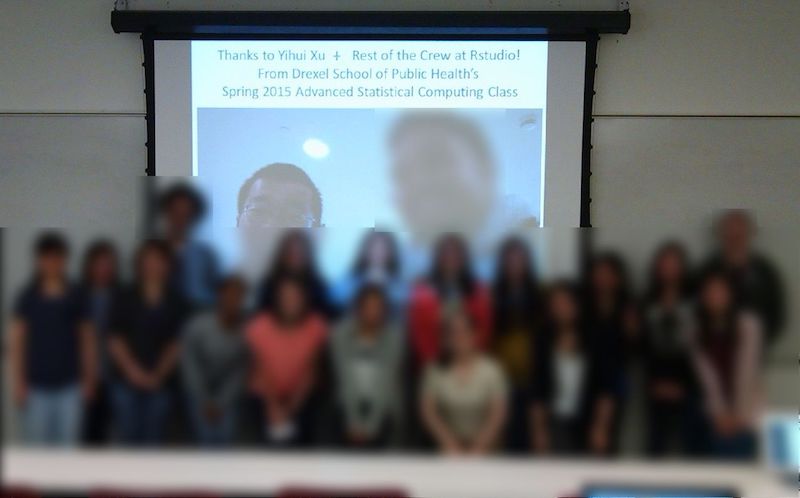 The instructor in the above picture ran into me in early 2015 when I was looking for the classroom at UConn to teach my tutorial, and took a selfie with me. I was surprised and touched to see he put this picture on the projector and took another picture with his students a couple of months later. That was very encouraging to me.

I also remember Scott Kostyshak kindly bought me a book as a gift a few years ago, which was the first physical gift I had received for any of my software packages. He discovered the link to my Amazon wish list, which was hidden deeply (which was intentional) somewhere in a Github repo at that time. I removed this link later since I found I didn’t really need more gifts. I don’t need donations, either.

This post is just to show some random memories of me as a software developer that have been motivating me to continue my work. Again, I’m not asking for thank-you notes or gifts or donations whatsoever. A knitr hex logo on your baby’s blanket can make me happy enough :)

P.S. Two months after I wrote this post, I was glad to learn that I was considered helpful by Alison.